In response to a written question submitted on behalf of the International Campaign to Protect Palestinian Residency in Jerusalem (Jerusalemites Campaign) and the European Coordination Committee for Palestine (ECCP), High Representative of the Union for Foreign Affairs and Security Policy for the European Union, Catherine Asthon, has stated:

On the issue of residency revocation in Jerusalem, the EU continues to stress with the Israeli government its concerns about Israeli policy on East Jerusalem (including residency and permit regimes, restrictions on building and lack of services).

Replying to inquiry related to specific actions the EU is taking to cease residency revocation in Jerusalem, Ashton pointed to its decision to halt further development of its trade relations with the occupying state, maintaining:

The EU has introduced a clear conditionality on the EU-Israel relationship, freezing any ‘upgrade’ of relations, and conditioning such an upgrade both on progress in the Middle East peace process as well as respect for international humanitarian law.

Though postponement of the EU-Israel Association Agreement’s progression is welcomed, the Jerusalemites Campaign and the ECCP contend that it alone remains an insufficient response to Israel’s illegal occupation and persistent human rights violations. The EU continues to act as Israel’s largest trading partner, conducting trade that amounted to over €29 billion in 2012.[1] These funds serve to bolster the economy of a an occupying force that infringes international law, international human rights law, and its own agreement with the EU (Association Agreement, articles 2 & 83).

As Israel’s partnership has developed with the EU, so too have its unremitting rights violations against Palestinians, indicating that current efforts made by the EU to pressure Israel’s compliance with international law have been ineffective.

For example, since the EU entered into the Association Agreement with Israel in 2000, more than 8,000 Jerusalem IDs have been revoked[2], stripping Palestinians of their right to live and work in their place of birth. The discriminatory practice of residency revocation serves Israel’s broader intent to Judaize the city of Jerusalem through a process of ethnic cleansing. It also exists in clear violation of the EU’s position toward East Jerusalem as illegally occupied territory.

The Jerusalemites Campaign and the ECCP thus assert that conditionality ought not to apply merely to enhancement of the EU-Israel Association Agreement, but toward the continuation of the agreement itself.

Therefore, the JERUSALEMITES CAMPAIGN and ECCP reiterate their call upon the EU to:

Publicly support and promote the rights of Palestinians living in Jerusalem.
Strengthen its political dialogue with Israel on the rights of Palestinians in Jerusalem to ensure tangible process on the ground. The EU should ensure that concerns are raised at the highest political level as well as in bilateral relations with Israel.
Act according to its stated position and take concrete measures to pressure the Israeli government to abide by its international obligations. The EU-Israel Association Agreement and Israeli participation in EU programs must be immediately suspended as long as Israel does not comply with International Law, International Human Rights Law and the Association Agreement itself (article 2 and art. 83).
The EU must assume its legal obligations by holding Israel accountable for its continued violations within appropriate EU bodies and other relevant forums. 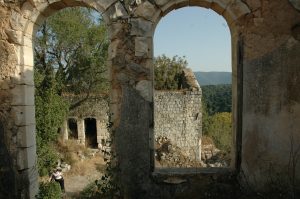 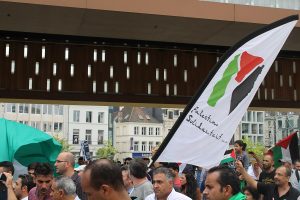